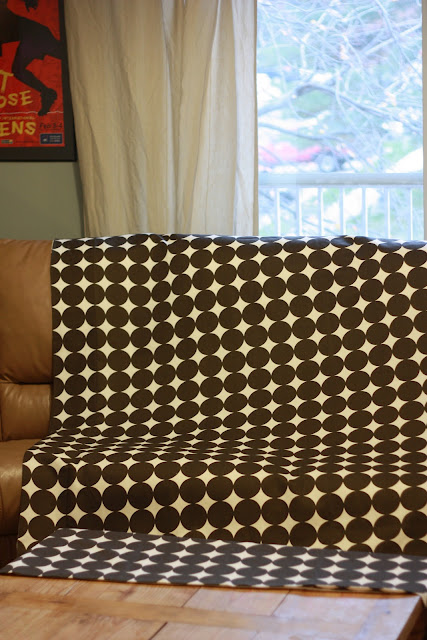 A month ago, my dear friend Cassi asked me to whip up a duvet for her son Bex‘s room. She had fallen in love with this perfect brown dot from Dwell Studios, which doesn’t come in a twin duvet. I was happy to have a skill she could use (since I tap into her photography all the time), and turn the Dwell yardage into a cover for her. 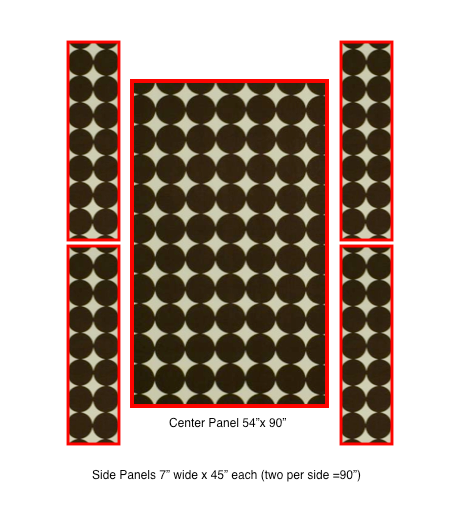 Because the upholstery fabric is only 54″ and a standard twin duvet is 60″x 90″, I needed to add width. With the repeating dot pattern being the same across as it is down, what made the most sense was to order a single extra yard, cut it into 7″ (x 54″) strips, join two together in the center for each side, then sew them along both edges. That way, we got the extra 7″ (x 90″) of material without ordering a whole extra two and a half yards for the 90″ of length! Does that make sense? With a pattern like stripes, we would have had to go for a whole extra 90″ to keep the stripes running along the length. Anyway. If you get it, good for you:) 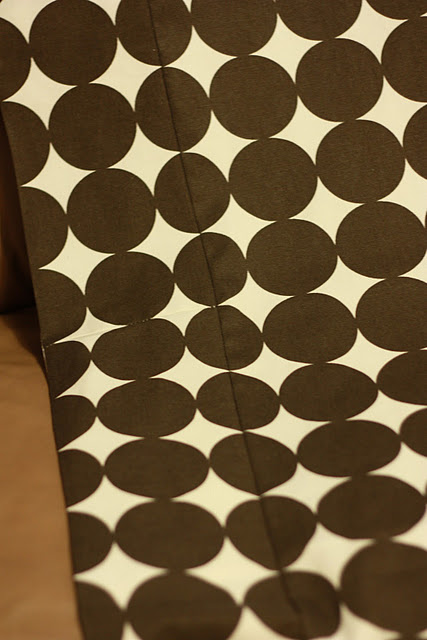 Straight lines and flawless piecing are definitely not my strong suits, but I was able to line up these dots almost perfectly! The seams are barely noticeable from a couple feet away, so the duvet will maintain it’s design impact. I gave myself a pat on the back (and a second oatmeal chocolate chip cookie…) 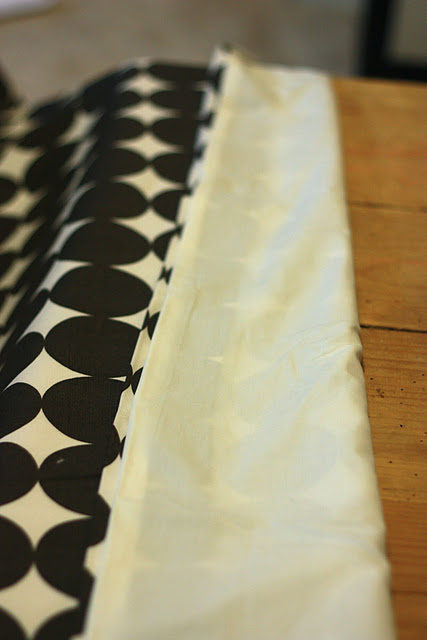 For the back side of the blanket, I found a sheet set at Bed Bath and Beyond that matched the cream almost exactly. It was on clearance, and I had a coupon. Yep, I was pretty excited to text Cassi and tell her the back of the cover would only run her $10.00! Unheard of. Once the front was pieced, I simply serged around three edges, right sides together (like making a gigantic pillow case). For the bottom, I hemmed the Dwell dots, and left the original sheet hem for the bottom. Then I folded them both under, to create a faux seam. 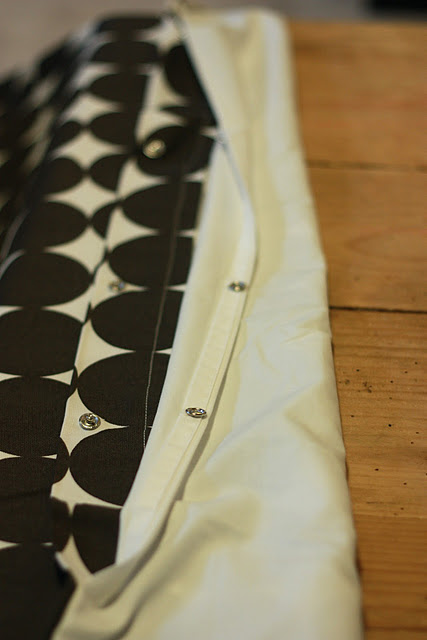 I stitched from the corners, in about a third of the way on both sides, then added snaps (one every 6″) to the insides of the folds in the center third, so that the comforter can be inserted easily and kept in place. 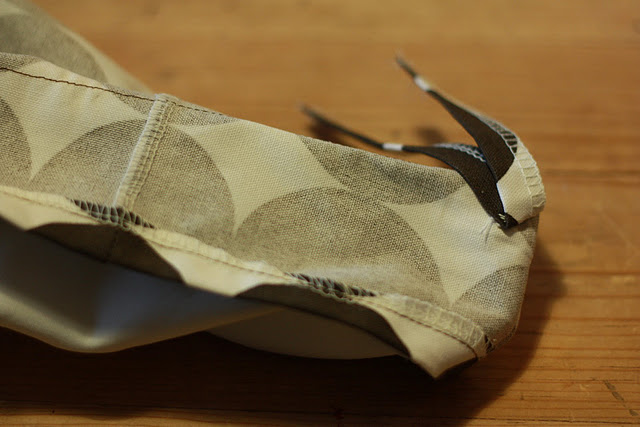 As a finishing touch, I also added little ties to each corner on the inside. That way the comforter can be tied into place and kept from bunching. It’s my very favorite feature on my own duvet cover (and pretty standard, I think) so Cassi got them, too.
I wish I had a twin bed with a comforter to try it out before sending it off, but alas, my children sleep in box and a closet. I’m sure it will look great.
Share
Custom Order  / Sewing DIY  / Sewn for Home
© Copyright 2021 Live Free Creative Co | View our Privacy Policy