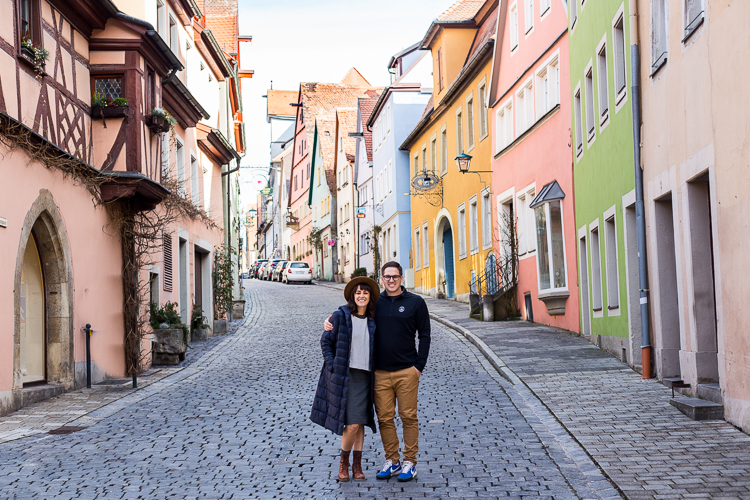 This fairytale village is about two and a half hours by car from Munich. (See all about our week in Munich in THIS POST) We were extremely lucky to be hosted by one of Dave’s Colleagues from work who accompanied us on the day trip, using his car as our transportation. If you don’t rent a car, the train will get you close, then an uber can take you from the main station to the old town.

Outside the city feels like a regular, modern, bustling town. Then you park in one of several lots outside the old city wall, and walk into a dream.

Within the original city wall, which dates back to the 1500s, the town is preserved as if it had been a museum. Built over several hundred years, the narrow, cobblestone streets are lined with colorful homes and shops, all with character and charm. The color story is varied, with hues of pink, blue, yellow and green, all capped with steep, red tile roofs and most with contrasting shutters or flower boxes spilling with greenery. 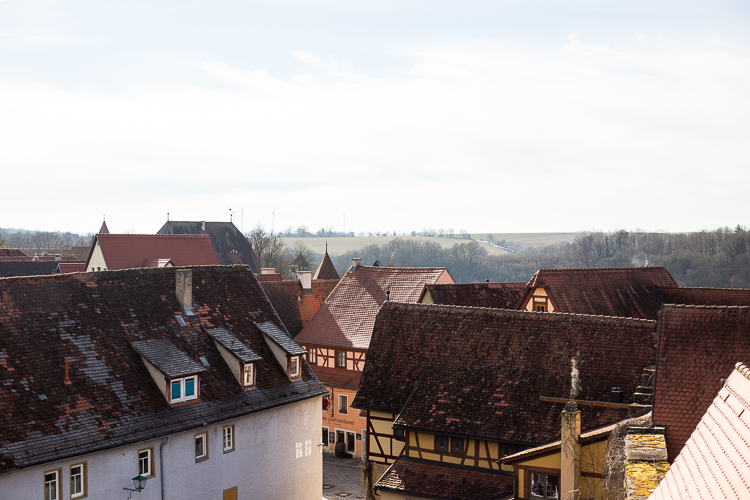 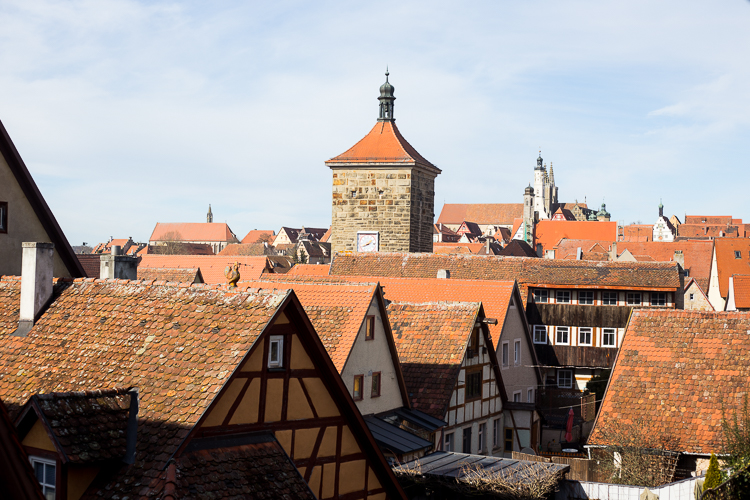 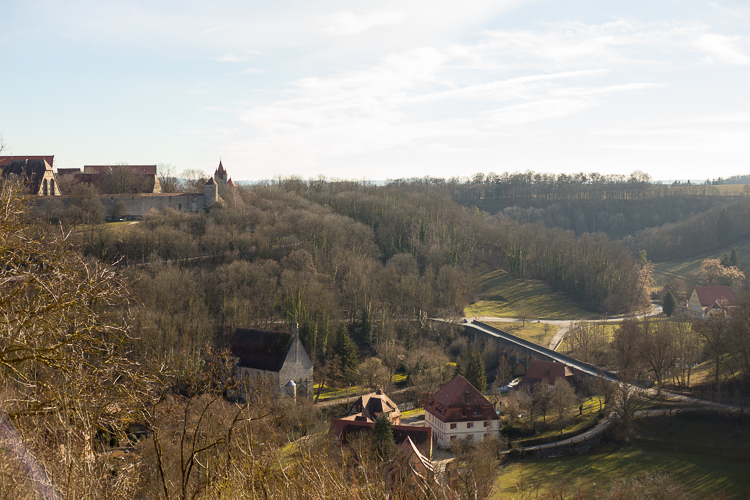 The center of town, like most Bavarian towns, is anchored by a town square on which sits the main cathedral, town hall, and several shops and restaurants. We noted bakeries as we walked through, and I spotted those friend pie balls that I remember from my youth. “Schneeballen”, as they’re called in German, turned out to have originated from this area in the state. Our local host had grown up and never seen them outside of the traditional Christmas markets in central Munich during December. I texted my mom to find out where we had eaten them, and she confirmed that we had, indeed, been to Rothenburg de Tavern on our holiday eighteen years ago. I had come full circle, and loved the little pastries as much this time as I remembered enjoying them before.

The city wall has a raised walkway all the way around that can be accessed by one of many stairways along it’s edge. We found one near an original city gate, and climbed up to the stone and wooden path. The views from along the wall were beautiful, putting us above the city just along the roofline of the charming homes and businesses. We circumnavigated about a quarter of the town, oohing and aching at the views before defending the steps to find lunch. 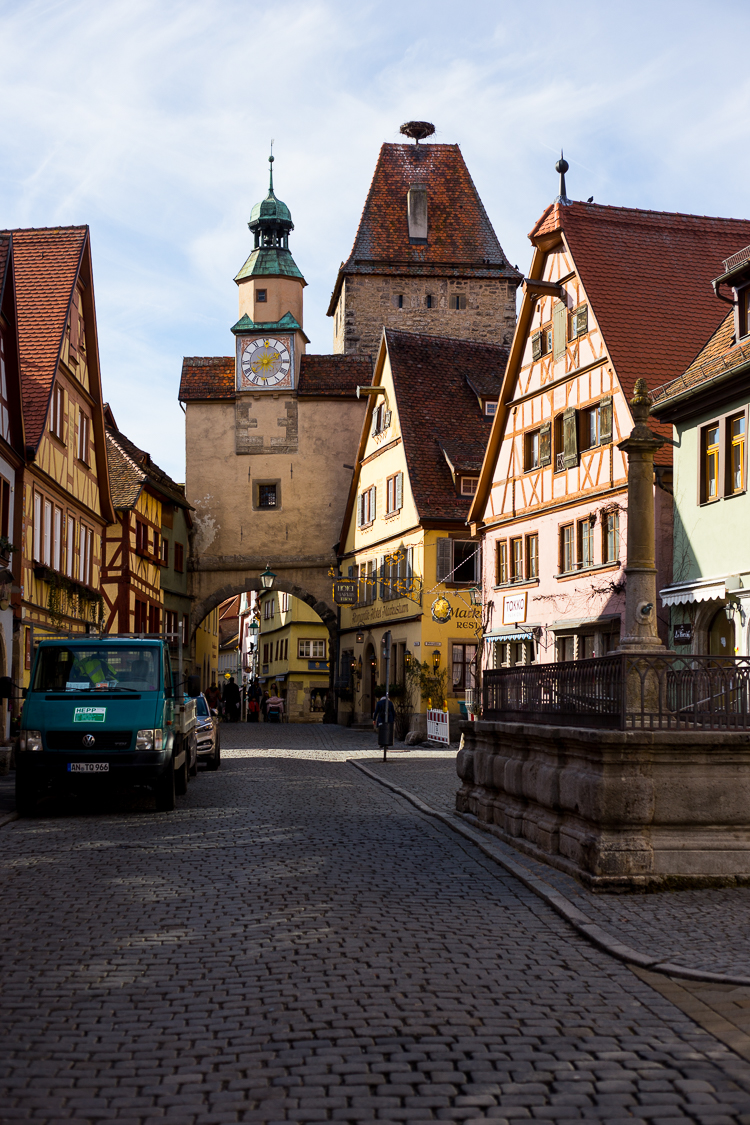 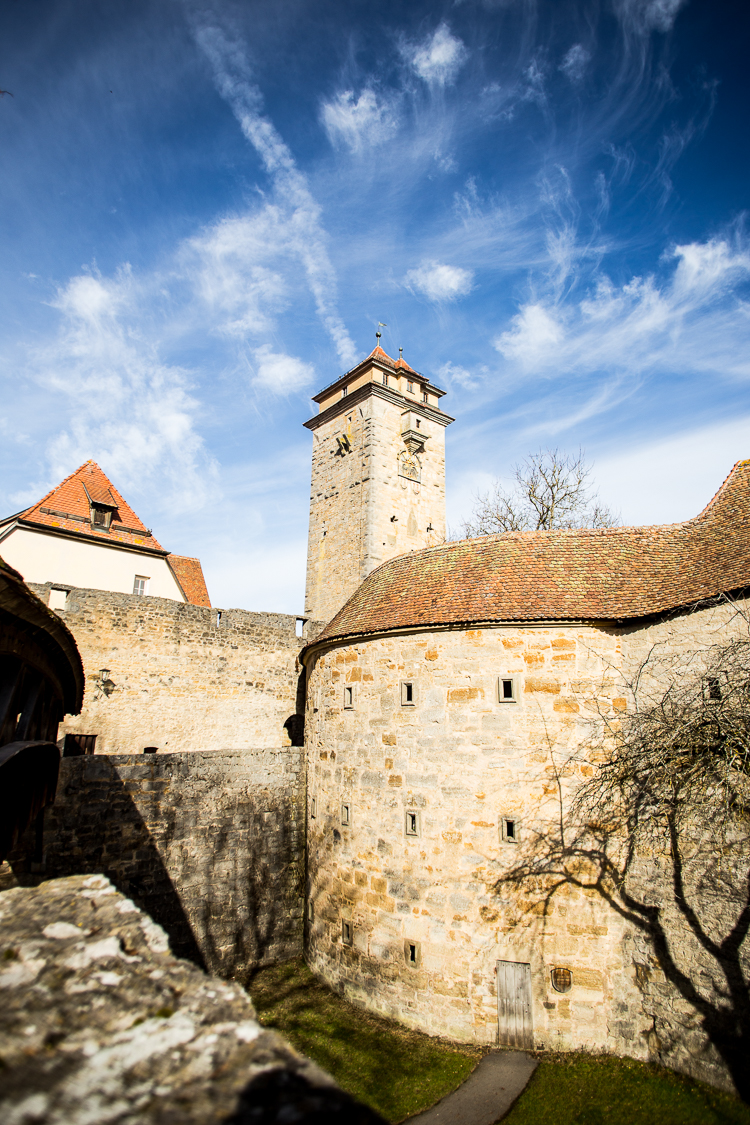 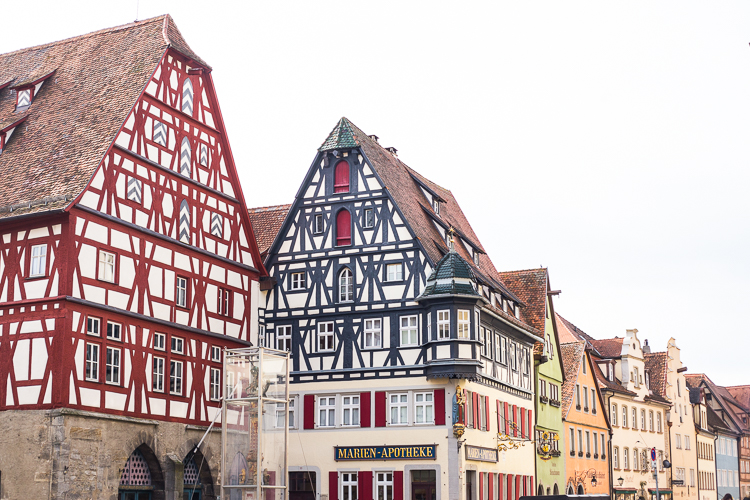 We didn’t explore any of the many souvenir shops in town. They mostly appeared to be selling typical tourist gifts. Things I wasn’t at all interested in. We did, however, duck into the giant Christmas shop located just off of the main square. I thought a Christmas ornament from our trip would be a great, useful, and small something to bring home. The shop had thousands of options, but we asked to be directed to the locally made ornaments, and  I chose a simple wooden heart. It was painted with the white and blue of the Bavarian Flag and a tiny Frau and Frauline that would remind me of Dave and my trip. Plus, it was Valentine’s Day, so the heart felt appropriate.

We ate lunch off of the square in a traditional beirhaus, and it was good. Schneeballen were the real treat. It was a wonderful day and beautiful memory and we would highly recommend it. 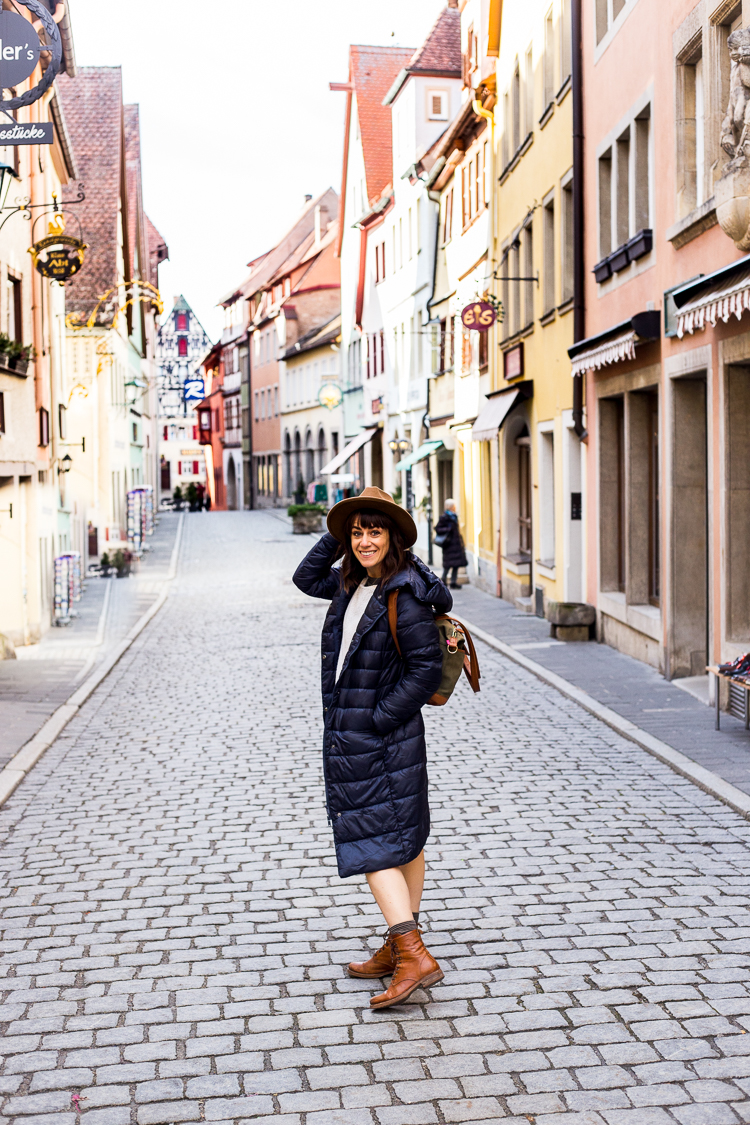 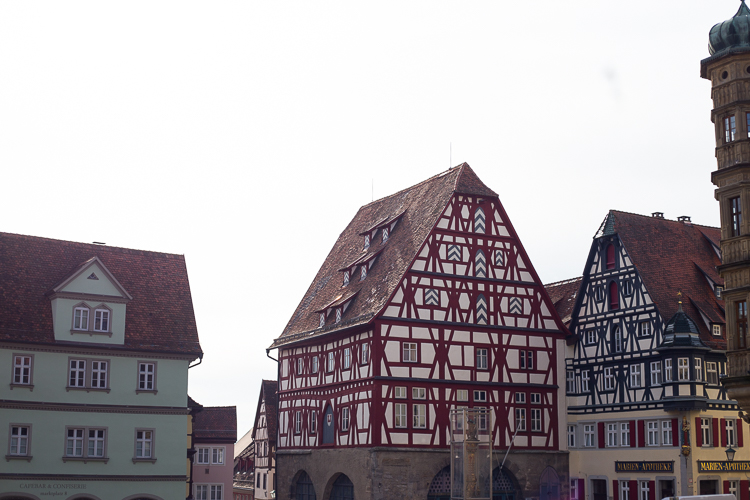 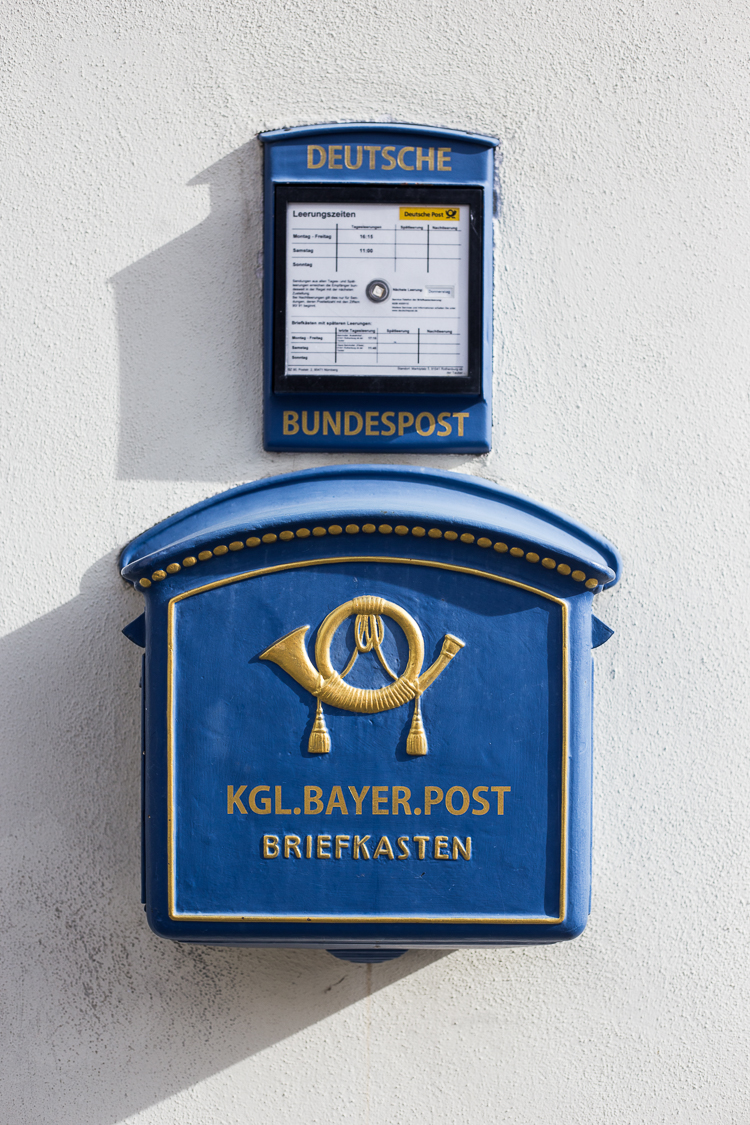 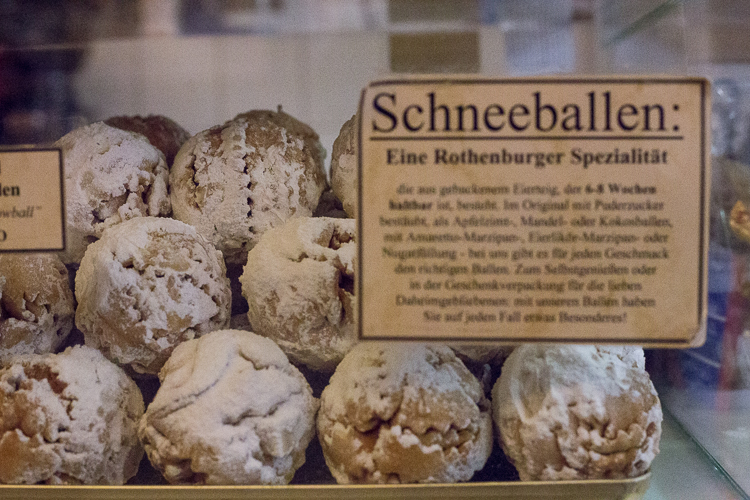